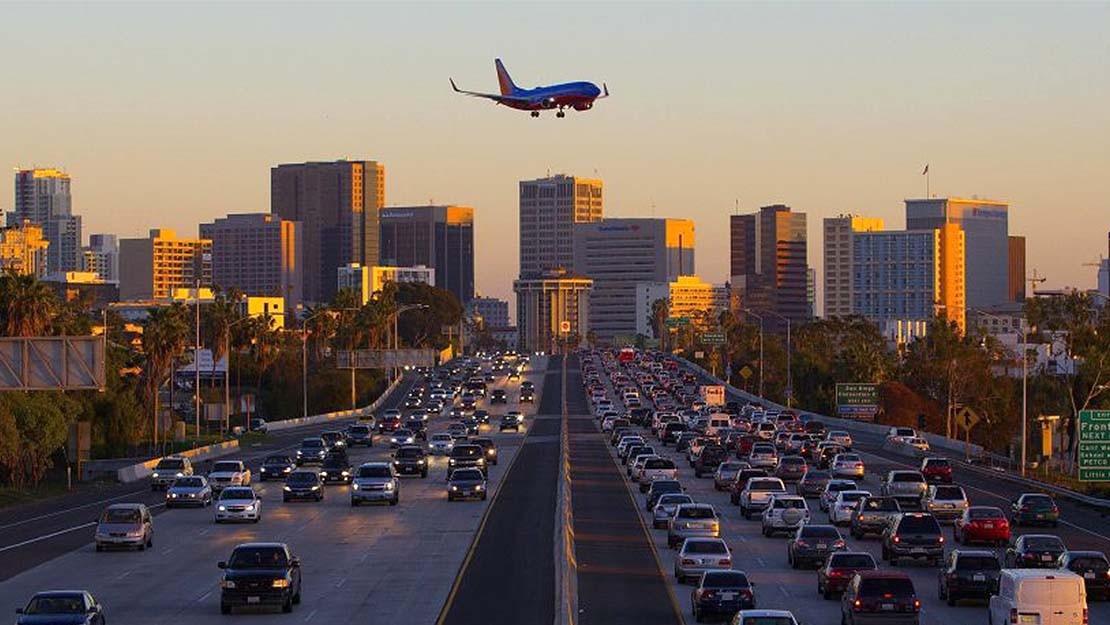 The San Diego Union Tribune November 27, 2019
Flying over rush hour traffic might sound like dream, but a team of entrepreneurs in Southern California wants to make it a reality — shuttling thousands of long-distance commuters between airports from Santa Barbara to San Diego.

Their new start-up FLOAT — which stands for fly over all traffic — is set to carry its first passengers in January for a monthly charge starting at $1,250, or about $60 a day if used Monday through Friday. By comparison, helicopter companies charge roughly $200 a trip for similar service.

"Our target is the super commuter, commuting more than 90 minutes each way," said co-founder Arnel Guiang, a graduate of UC San Diego, who got the idea after suffering with four-hour roundtrip commutes in the Los Angeles area.

"I've had the idea for years because I was commuting from east county L.A. to a job in El Segundo," he added. "I like to call myself the number one customer."

FLOAT, in partnership with Southern Airways Express, will use a fleet of Cessna Grand Caravans. The company plans to employ two Southern Airways pilots on each flight, double the federal requirement.

The nine-passenger airplanes will hop between dozens of small airports across the region, such as Van Nuys Airport in Los Angeles and Brown Field Municipal Airport in San Diego near the U.S.-Mexico border.

Customers will be able to reserve seats using an app and board without the long lines caused by security checks, Guiang said.

Company officials say they're hoping to invest in zero-emission planes once the technology becomes widely available.

"In the future we're going to have electric aircraft," Guiang said. "We're going to be the number one buyers of these planes."

The company is now soliciting information from prospective customers through its website to determine which routes will have the highest demand. Customers can choose routes between nearly 40 commercial and general aviation airports, such as Hollywood Burbank Airport, Van Nuys Airport, Chino Airport, Long Beach Airport and Montgomery Field.

More than 3,000 people have signed up, according to company officials.

"What routes we start flying first depend on the demand," said Lisa Walker, an investor and spokeswoman with FLOAT. "If we get nine people that want to go to Carlsbad to Orange County, then that plane will start flying. We're just listening to the people."

FLOAT officials said that demand is high among residents of North County San Diego who work in Orange or Los Angeles counties.

Walker said she decided to financially back the company because she knows firsthand the joys of flying in a private plane over gridlock traffic.

"Flying over jammed packed freeways is a great feeling," said the 59-year-old, "and I have a lot of empathy for those people. The idea of bringing it to the masses is very exciting to me."